The last few years I’ve reviewed a lot of great sounding headphones. It’s been quite an interesting opportunity. That’s the good news. It’s also the bad news (maybe it’s the fun news though), because you can be overwhelmed by listening to so many variations of high-quality products they can begin to blur in the memory.

Everyone in the headphone business has a different approach to voicing their headphones, how to construct them, deciding what the best fit and finish is, and even trying to find the most effective cables to use. Even with so many headphones reviewed, I jumped at the chance to listen to the Stax SR-009S Electrostatic headphones, or “Earspeakers” in Stax-speak. Stax calls these their flagship product, so I was interested how their proclaimed best of the best sounded, and what you got for your $4545.00 investment. I had hopes it would calibrate my listening for other headphones I own, and others I would have the chance to listen to. 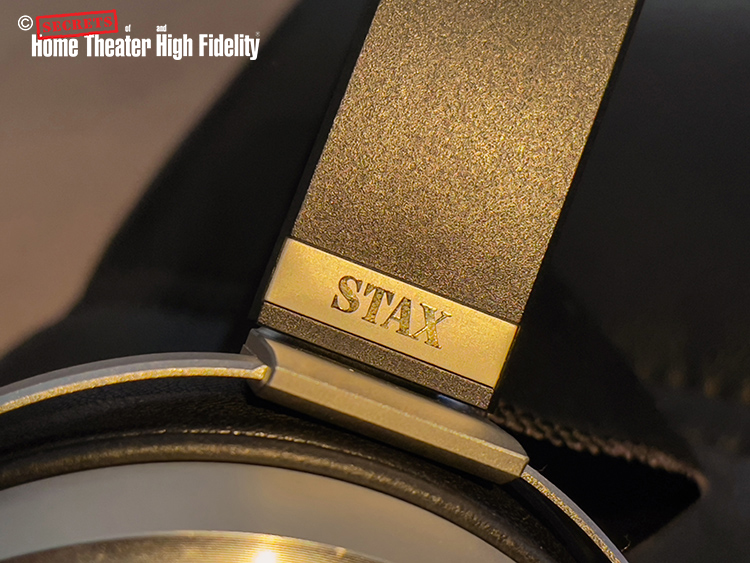 As followers of Stax will know, these headphones don’t just plug in to any headphone jack. Because they require high voltage to generate audio, they need a special amplifier, and Stax was nice enough to send one along. It’s the SRM-D50, which adds $1260 to your bill. The SRM-D50 is a high-performance electrostatic driver and Digital-to-Analog Converter. With a striking all-in-one design, it supports various digital inputs such as USB, optical, and coaxial digital input and has a built-in DAC that can handle high resolution files up to PCM 32/384 kHz or DSD 5.6.

So how did these two esoteric components sound? In a couple of words, beyond expectations. I fed these Stax devices the best high-resolution files I had on hand. I listened to Tidal streaming, CDs, SACDs, analog reel-to-reel tape, and some lowly MP3 files I keep around on a backup hard disc. The better the files, the better the sound. The MP3s sounded generally dreadful, as the Stax headphones were revealing of the noise, the glare, and the ragged and often non-existent high end. Reel-to-reel tapes sounded pretty good, but the tape hiss just made the format difficult to listen to. CDs and SACDs were very listenable, and I was hearing details that had eluded me. Overall, as with electrostatics in general, the high frequencies were wonderful. The midrange was solid, and the bass was surprisingly deep and revealing. Bass is an area where electrostatic deigns are not always at their best. But with these top-of-the-line Stax, bass was deep and natural. In a word, these headphones were neutral, in contrast to many other headphones that pick an area of the frequency spectrum and emphasize it.

When I give you these highlights, and generally in the review, I’m referring to the headphones and the accompanying amp/DAC as a system, taken together as one.

The first electrostatic headphone can be traced back to – you guessed it, Stax, who introduced the Stax SR-1, back in 1960. A few others followed, most notably Koss, which offered a self-powered model that did not need an amplifier. The Koss models had a good following, but Stax was considered the leader back then and is still the leader now.

The way electrostatic headphones work is unique. A high voltage is applied to two thin electrodes. Like the way a loudspeaker works, this voltage causes a foil diaphragm to vibrate with the audio signal. The result is very accurate reproduction with the added benefit of low total harmonic distortion. “Its frequency curve has a relatively deep curvature from 2 to 4 kHz. This is one of the reasons why these headphones generate an extremely spacious, detailed, transparent, airy and nevertheless powerful sound image in unprecedented quality,” was how audio magazine ‘Hifi-Stereofonie’ sang the praises of the new headphones decades ago.

My introduction to headphones was in college. I worked at a commercial classical FM station, and there were little Sennheiser HD414s attached to every console. They were light and sounded great. I bought a pair for myself and plugged it into my modest stereo back at the dorm. I’ve been listening to headphones ever since. Not all the time, but when I really want to hear the music, a good pair of headphones is part of my listening experience.

Stax headphones/earspeakers were always something to dream about, even if you could not afford them. There’s something nice about a company that has stayed in the business and continues to innovate. The SR-009S is said to be the pinnacle of the Stax audio evolution, so I was thrilled with the chance to explore the sound of these SR-009S headphones. Our review samples were furnished by authorized Stax dealer Audio 46.

Both devices would be happy in a high-end audio museum display. According to Stax, “the finish and etching process that smooths the edge of the electrode opening reduces air resistance and further improves sound permeability. Also, the electrodes themselves are gold plated with high specific gravity to minimize the resonance of the ultra-thin electrode. At the same time, due to the effect of reducing the electric resistance of the electrode itself by gold plating, we have opened up a new ground for high speed, clarity, silky details, and powerful texture.” 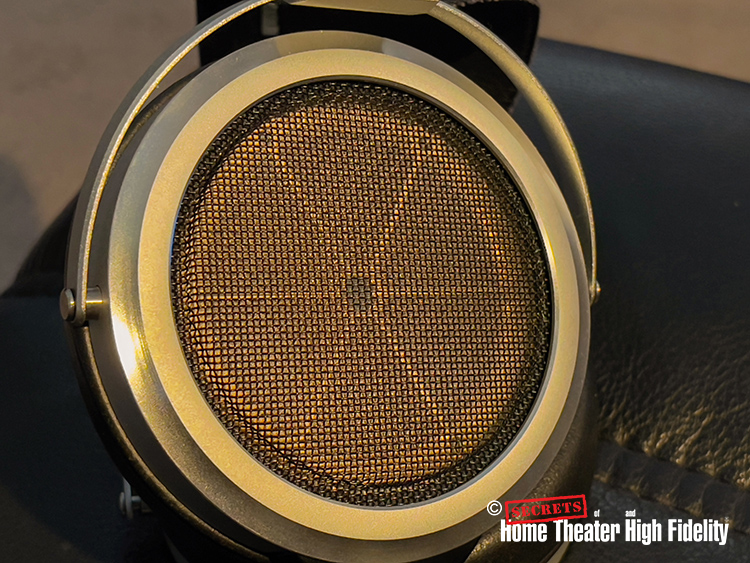 You can see and feel the quality as you handle the headphones.

The SRM-D50 is another exquisite piece. It’s made of the best materials. Even flipping a switch or changing an input gives you a feeling that this is aircraft or military grade hardware. The illuminated VU Meter adds to the high-end appearance, along with high quality hardware on the input and output panel. 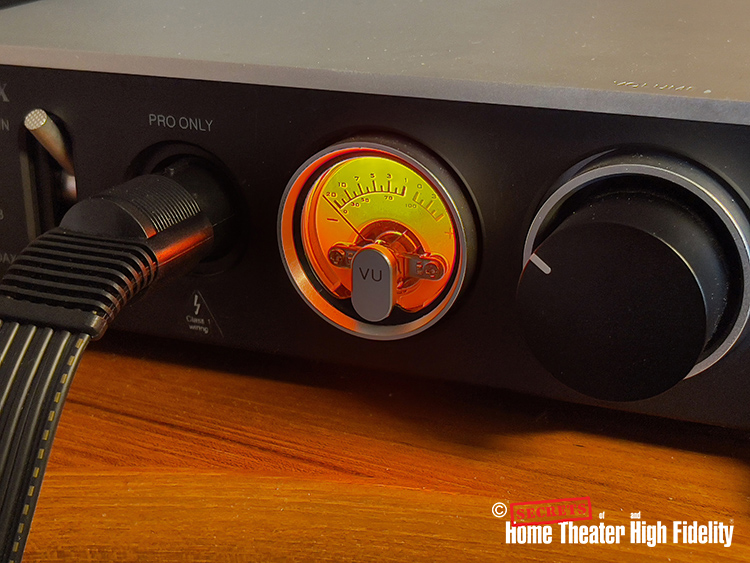 The SRM-D50 plugs into a normal AC wall outlet. You connect your source via analog, or digital inputs like optical or a USB input. 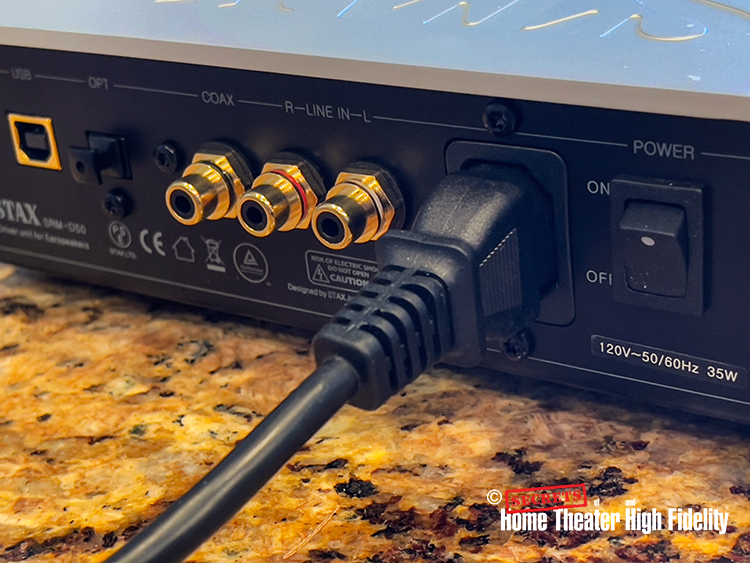 On the front panel is a source selection switch. A volume control, and the VU Meter.

I’ve heard other Stax headphones over the years and have always been impressed. Last year I had long sessions with the Stax SR-L700 Mk II headphones, which were superb.

I called them “a reference design which is one of the most impressive devices for listening to music that I’ve ever heard.”

So how does Stax top that device? There are some physical differences. The older Stax has a squarish design, harking back to Stax designs from the 70s, while the SR-009S is rounded. Both designs enclose, but do not seal the ear, and the materials of the newer headphones is of very high-quality metals while the SR-L700 Mk II headphones are mostly high-quality plastic. Both headphones are light in weight. 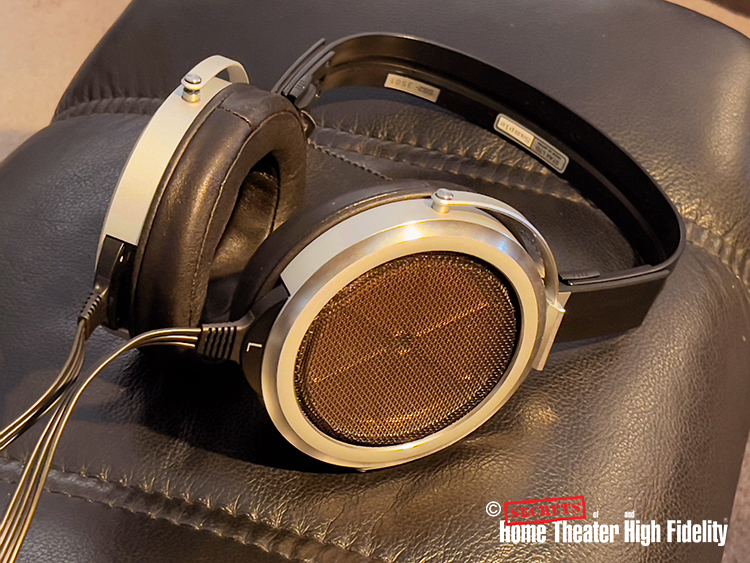 Sound-wise, both were excellent, and had the distinctive Stax house sound, which is neutral. Like most electrostatics, the high frequencies are extended, but not unnaturally so. The bass response of the SR-009S seems to go a bit lower than the earlier Stax I reviewed, but there’s more to the bass than that. On the Stax under review, you could hear a ‘thwack’ when a bass drum was struck, and then you would hear the rippling of the air in the room coming from all directions. It was more subtle on the other Stax headphone I reviewed, and even more subtle on some of the other high-quality headphones I have in house. In the final analysis, as it often is in the high end, small improvements can cost a lot of money, and the high end is all about subtle.

I listened to the Stax SR-009S three ways. First, though a FiiO M15 portable player. It’s loaded with all kinds of digital files, and FLACs ripped from CDs. Then I used the optical input to listen to files played by a Bluesound player/streamer, which can offer digital files in high resolution. I also listened to some CD quality files ripped as FLAC files played back from the Bluesound unit. Finally, I played music from the Tidal service.

I found that the better the source material, the better the Stax SR-009S headphones and amp/DAC sounded. There’s no surprise there. These headphones are extremely revealing. With no effort at times, I could hear music stands being moved as pages were turned, or even foot taps from the musicians.

Here’s some of the music I found intriguing on the Stax Earspeakers.