So, this set of impressions will be (relatively) short. Sweet, though.

Several years ago, I got a chance to spend a few months with the STAX SRM-007tII tubed electrostatic headphone amp driven by the SR-009 combination. At the time the SR-009 ‘phones were the reference for STAX. They were modern legends, and rightly so; they embodied the virtues of electrostats strapped onto your head. Spacious, airy, detailed, and transparent. All the while, they were also quite comfortable, allowing me to listen for hours without having to take aspirin.

No surprise:  The STAX gear excelled in a providing me with an extraordinary sense of air, of expansive space, and remarkable extension. The holographic zone filled heart and soul with a longing for the delicate detail and atmospherics that this tube-plus-electrostatic tandem can provide. It was especially glorious with Single, Double, and Quad DSD sources:  Then, it was as if the inner sky opened into heavenly realms. There is real glory in a finely tuned combination like this one from STAX. I'm sold.

I wish that I hadn't been so beastly busy in the first five months of 2016, but I heard enough to decide that I must give STAX this Brutus Award for the SR-009 and the SRM-007tII. Especially for those who are looking for space, detail, atmospherics, and audio nuance, this is a wonderful way to get it.

Looking over those comments, I wouldn't change a word of them.

In 2018, STAX gave me a "second coming" opportunity by sending me the STAX SR-009 again (now priced at $3699), but this time accompanied by their new reference headphone amp, the hybrid SRM-T8000 (from $5800). This time around, STAX pairs two 6922 tubes with a Class A output that promises more power and authority than the SRM-007tII tubed amp that I had heard before. 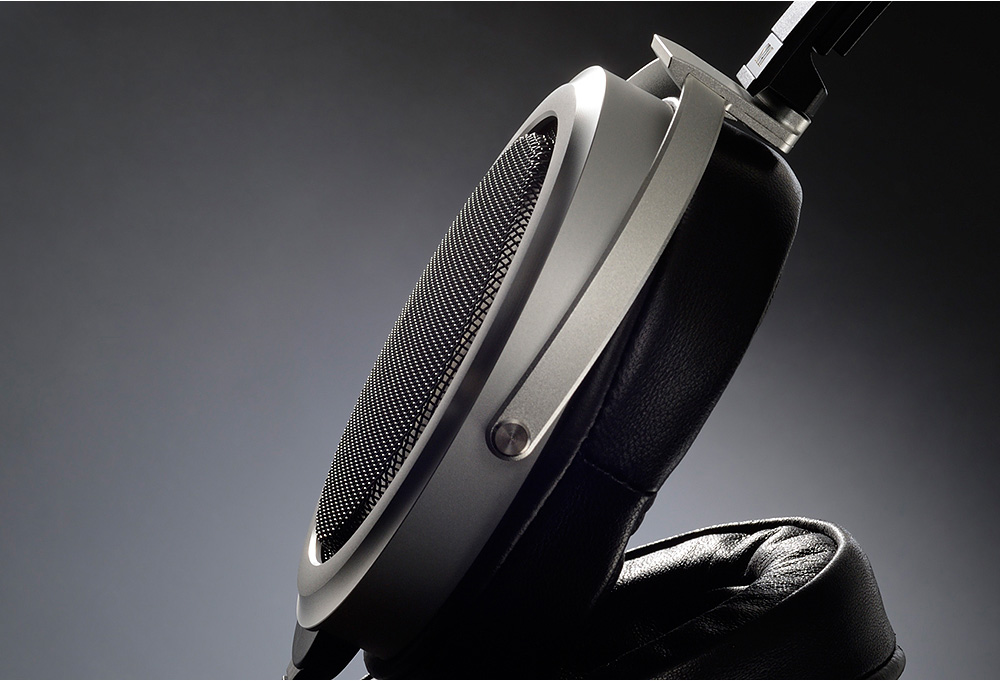 A while later, they sent along their new SR-009S headphones. The 009S ($4325) is the new reference headphone for STAX. Combined with the SRM-T8000, in their current reference system package, STAX prices this combo at $10,125.

Now I had the complete set to evaluate. 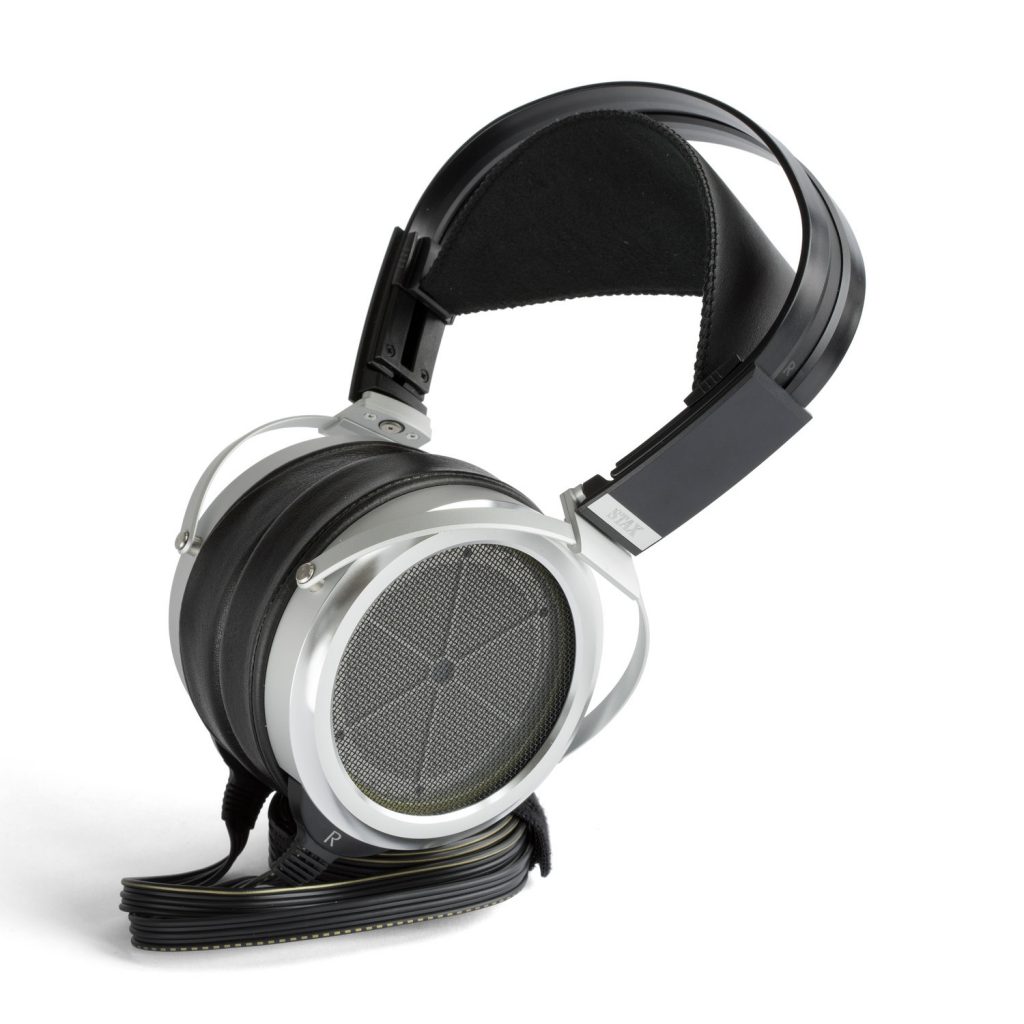 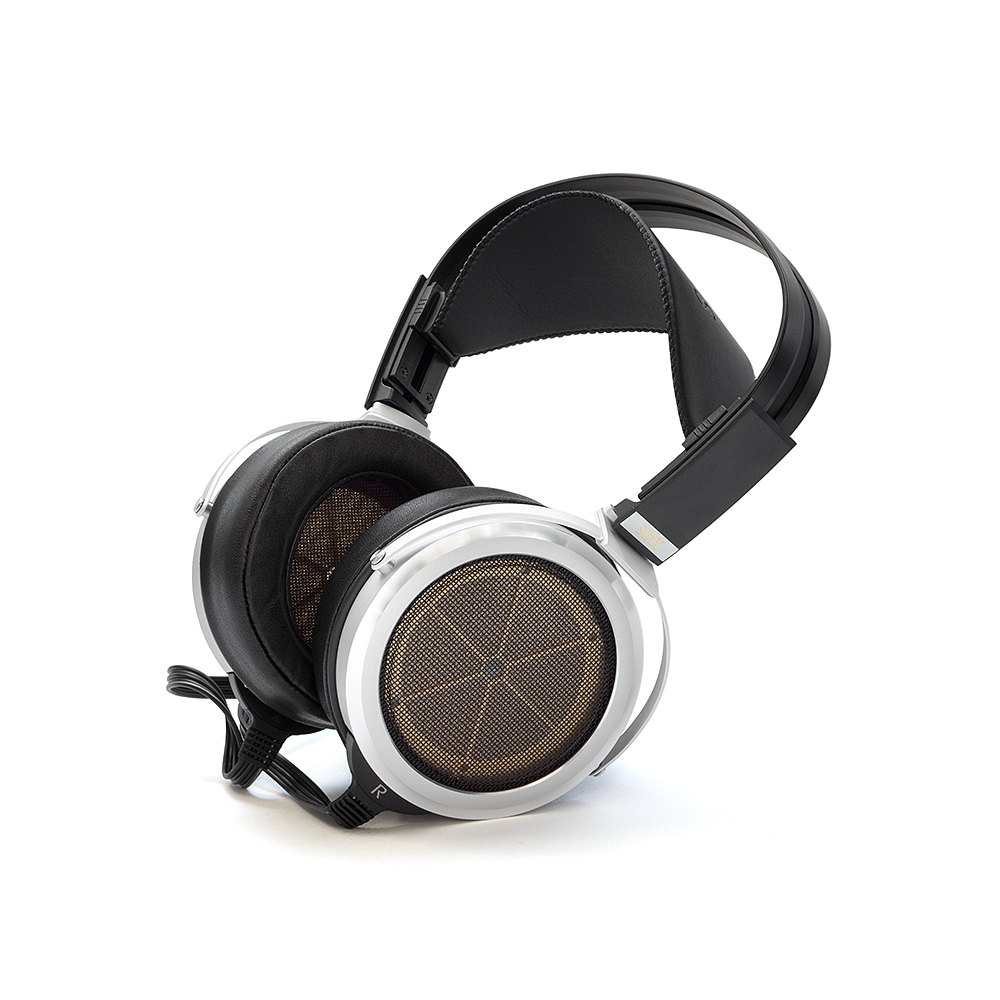 I spent a handful of months listening to these components. First came the SR-009's with the SRM-T8000, which I liked so well that I gave them one of my Brutus Awards for 2018. As I wrote in December, "This time around, STAX sent their new hybrid headphone amplifier, the SRM-T8000, with tubed input and solid-state output, together with my old, respected friend, the SR-009 headphones. Would the results be like the above?

As it turned out, yes, but with some added dynamics, courtesy of the hybrid design of the SRM-T8000, which is an altogether larger and weightier device entirely. Bass seems more potent, and detail is improved. To my ears, this is an improvement over what I heard in 2015 and 2016 with the SRM-007tII, much as I treasured that design."

Unfortunately, the SR-009S, STAX's new reference came too late in my queue to be considered for a Brutus Award in 2018. I listened to them from later December until they departed on the first of February. It was simply too late for an addendum to my 2018 Brutus list. 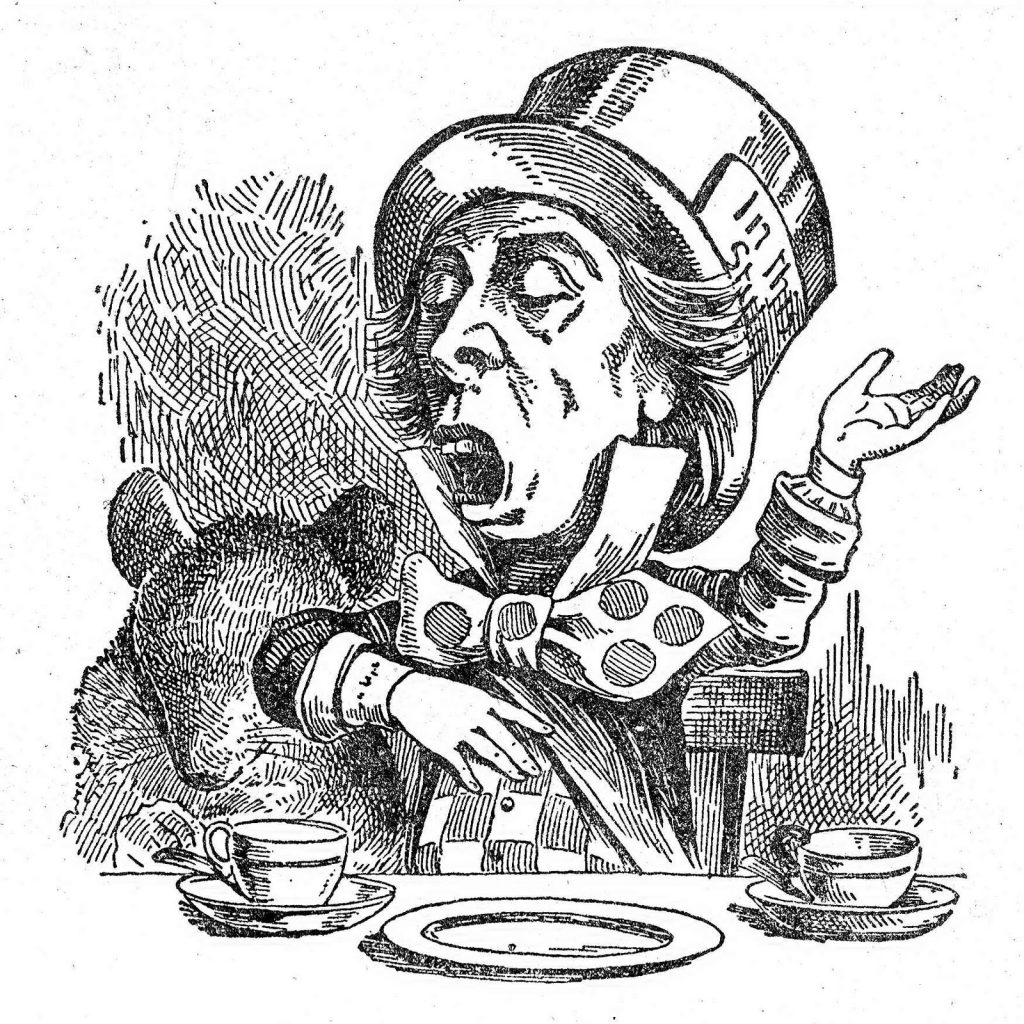 My sources were a combination of SACDs passed through from the ModWright OPPO BDP-105 two-box tubed output universal player and PCM via our exaSound PlayPoint Mk II/e32 DSD DAC from our Tidal HiFi account. There were a lot of Audio Fidelity and Analogue Productions SACDs in rotation. In addition, I did Single, Double, and Quad DSD albums from our big HP notebook (Windows 10) acting as a server, with JRiver's Media Center 22 (and later 24) as the platform. 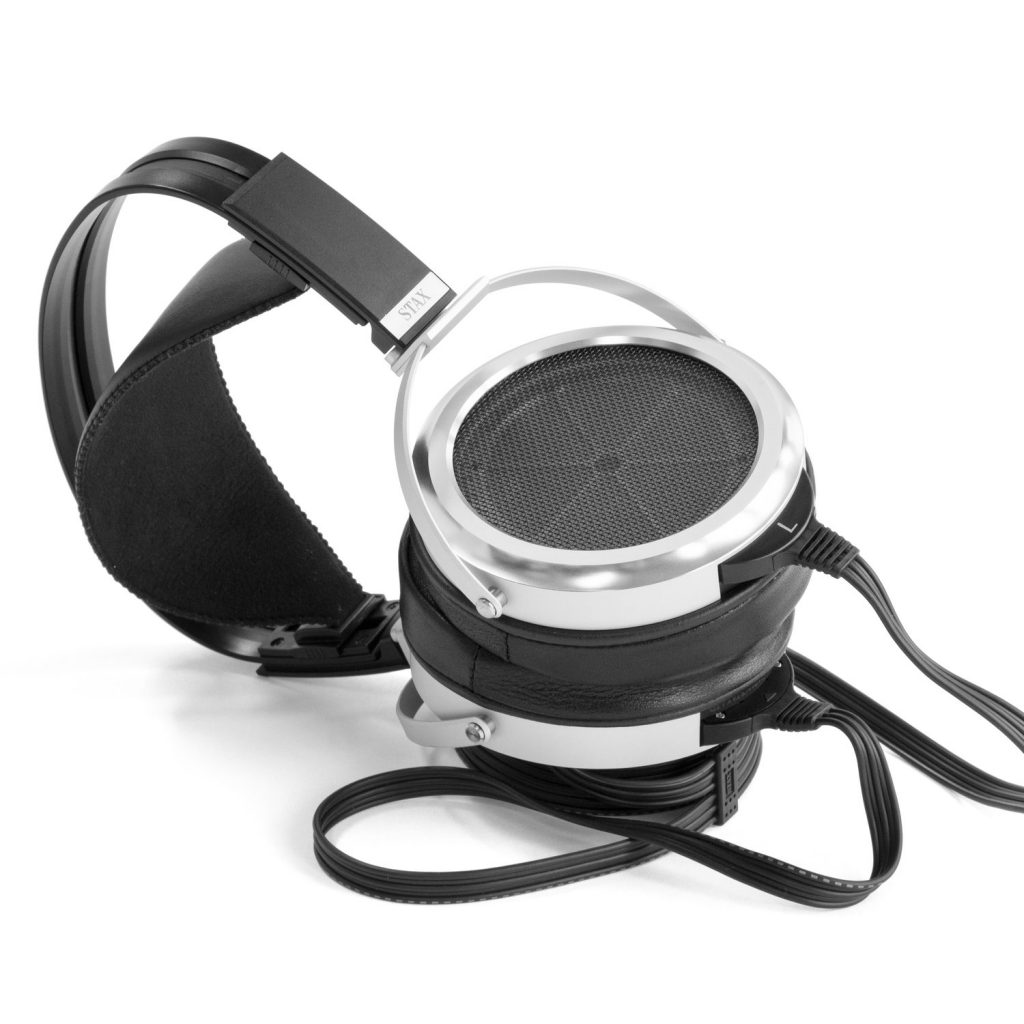 SR-009:  The 009 were as I remembered them from several years ago. Real spaciousness, texture, detail, and with something of a kiss of warmth that I perhaps hadn't marked as much as I did this time around, retrospectively. My Brutus Awards notes above touched upon their virtues, but I do want to underline the fact that that touch of warmth was definitely there with the SRM-T8000. 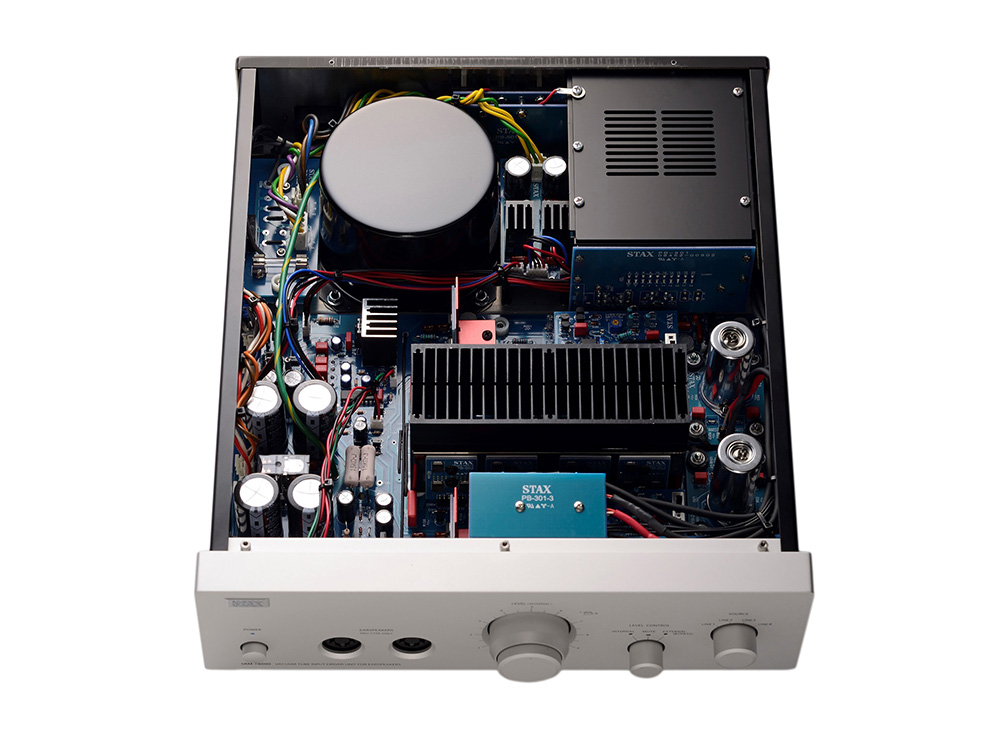 So apart from that, it was as I've remembered it over the years, only the SRM-T8000 provides more foundation, more dynamics, musicality, and enhanced spaciousness than the earlier all-tube SRM-007tII. It's no contest; the 009 with the T8000 were superior to the 009 with the SRM-007tII.

General frame construction of the 009 vs. the new 009S is essentially identical. Both are easy to use and to adjust; both are extremely comfortable to wear for extended periods of listening time. 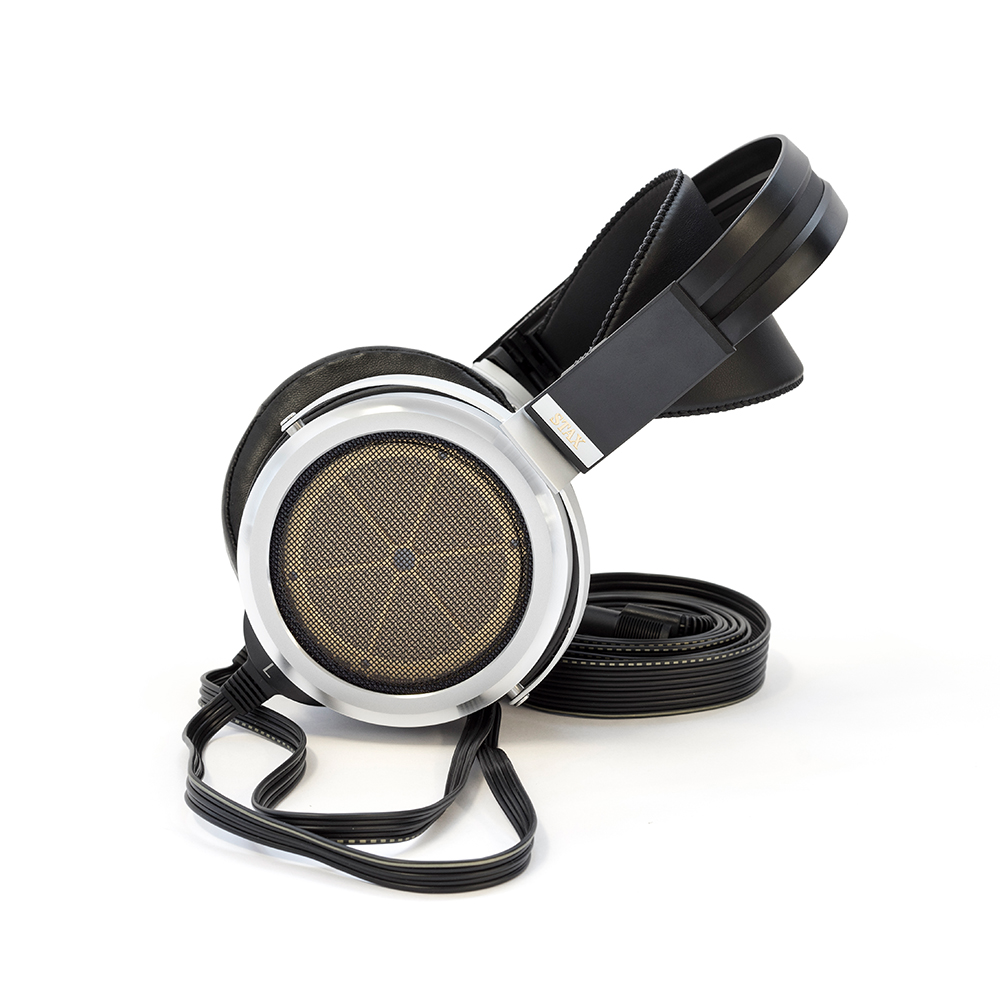 Here the step up was definitely apparent to me. The 009S evidenced noticeably improved details with all sorts of sources, with SACDs, DSD, and streaming PCM. The bass was somewhat tighter without becoming lean, and the dynamics and slam were simply outstanding. The 009S seemed a touch quicker, as if the slew rate had been improved, although the amplification via the SRM-T8000 was exactly the same. I heard excellent texture, with you-can-touch-it timbre. The listening experience was very tactile, with both RCA Living Stereo and Mercury Living Presence SACDs showing at their best via the SR-009S. The Transparency was amazing, while the sense of spaciousness was some of the very best that I've heard on headphones. The openness of the open-back design allows me to listen for longer than most closed-back designs, which can bit a bit warm and claustrophobic over extended periods.

And I love the lambskin ear pads! They seem to be somewhat thicker than those on the SR-009, and provide a bit more stand-off from your ears. It was extremely comfortable for multi-hour listening sessions…and I had a number of them.

The end of the matter… 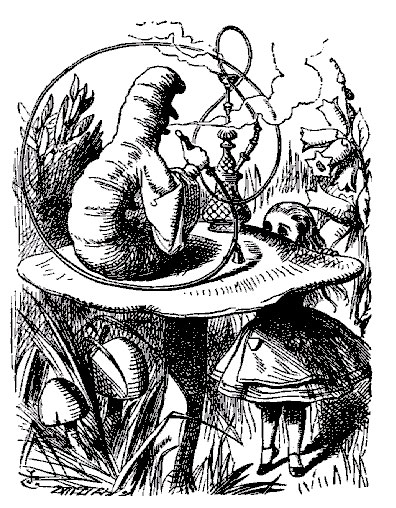 This call is easy. In fact, if I had had enough time to audition the SR-009S before the final deadline for my 2018 Brutus Awards, then the 009S would have received a Brutus Award too. (As it is, I'll have to add them to my 2019 Brutus Award list.) STAX have long had a reputation as one of the very best headphone and headphone amp companies in the world. My "second coming" experience with the SR-009S, the performance of the SRM-T8000, and the time that I spent with STAX's new SR-009S electrostatic reference headphones all confirmed that STAX has continued to make very serious improvements to their designs, and remain a world-class producer of reference-standard headphones and the amplifiers thereof.

I can say that the combination of the SRM-T8000 amplifier and SR-009S headphones is enough to put any headphone/personal fi lover into regions of bliss. If you love that zone, and have the budget for it, then STAX absolutely should be on your short list of candidates for evaluation and purchase.

Back to STAX Stories